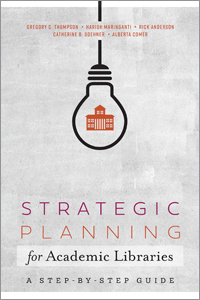 No doubt about it: strategic planning is a serious commitment. But when carried out skillfully, thoughtfully, and with sensitivity to the impacts on all those involved, it’s an undertaking that can pay large dividends for the library and its users. A strong strategic plan gives shape and clarity to the library’s intentions and, when carefully written, can make a powerful case for the library’s indispensability to its sponsoring institution. Providing library deans, directors, and university librarians with up-to-date guidance, this book

Written by a team of authors with decades of library administration experience between them, this powerful resource enables academic libraries to produce plans that will offer directional guidance to employees while also demonstrating the library’s power to meet institutional goals.

Introduction: Why Engage in Strategic Planning?

References
About the Authors
Index

Gregory C. Thompson is Associate Dean of the University of Utah’s J. Willard Marriott Library for Special Collections; he is also Adjunct Assistant Professor of History. He received a BS from Colorado State University, BA from Fort Lewis College, and MS and doctoral degrees from the University of Utah. Greg has published several monographs on the Ute tribe, including Southern Ute Lands, 1848–1899: The Creation of a Reservation (1972); The Southern Utes: A Tribal History (1972); and co-edited, with Floyd A. O’Neil, A History of the Indians of the United States: A Syllabus (1979). He is a founding member of the Alf Engen Ski Museum Board and serves on the Board of Trustees. His latest publication, with Alan K. Engen, is First Tracks: A Century of Skiing (2001), which focuses on the history of skiing in Utah. Greg is also the general editor for the Tanner Trust Publication Series, Utah, The Mormons, and the West.

Harish Maringanti is Associate Dean for IT and Digital Library Services at the J. Willard Marriott Library. He is responsible for advancing the library’s technology initiatives, including strategy, policies, compliance, business processes, and infrastructure. Previously, he served in various roles at Kansas State University Libraries, where he led several technology initiatives. He holds an MS in computing and information sciences and a graduate certificate in organizational leadership from Kansas State University, in addition to a BE from Osmania University, India. Harish is the lead Principal Investigator on an Institute of Museum and Library Services grant. He has also received grants from the Office of Vice President for Research at the University of Utah. While at Kansas State, he was the lead technical architect on a Targeted Excellence grant from the K-State Office of the Provost. His research has appeared in journals including the Journal of Agricultural and Food Information, Proceedings of TDWG, and Proceedings of the 2016 ACM on SIGUCCS Annual Conference.

Catherine B. Soehner is the Associate Dean for Research and User Services at the University of Utah’s J. Willard Marriott Library. She is responsible for most public services in the Library with a focus on faculty outreach, student services, and campus collaborations. Catherine has served as a manager and leader of libraries for 20 years at the University of California in Santa Cruz and the University of Michigan. Her recent publications and presentations have focused on crisis communication, holding effective difficult conversations, and change management.

Alberta Comer holds an MLS from Indiana University-Bloomington. She has served as Dean and University Librarian at the J. Willard Marriott Library at the University of Utah since 2013 and has served as an officer on the Salt Lake City Public Library’s Board of Trustees. Alberta is co-Principal Investigator on a Mellon Foundation grant. She was formerly Library Dean at Cunningham Memorial Library, Indiana State University. Alberta has served as editor of Indiana Libraries as well as editor of Cognotes, the daily paper of the American Library Association Conference.

”With the step-by-step format, including checklists, this should be essential for any institution contemplating the strategic planning process."
— Booklist

”Those looking for background and process will find the entire book valuable; those wanting a quick way to plan the process can go straight to the appendixes."
— CHOICE

”I found this book to be a useful introduction to strategic planning and believe it would be a practical resource for those starting the process for the first time ... In particular, I found the approach of addressing theory and describing application to be engaging."
— Technical Services Quarterly 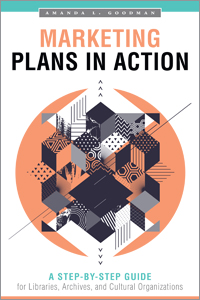 Marketing Plans in Action: A Step-by-Step Guide for Libraries, Archives, and Cultural Organizations

Marketing Plans in Action: A Step-by-Step Guide for Libraries, Archives, and Cultural Organizations 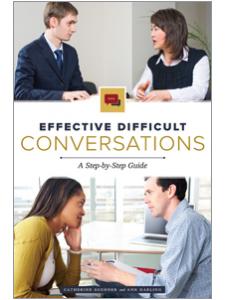 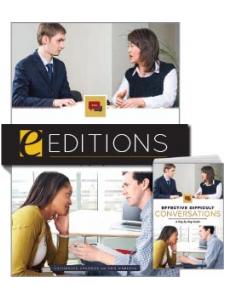 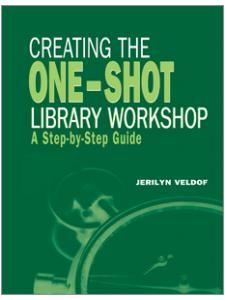 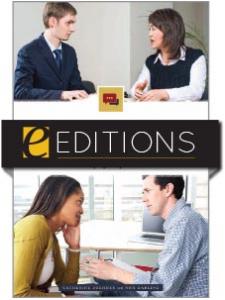 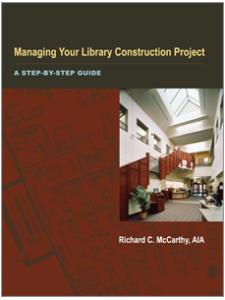 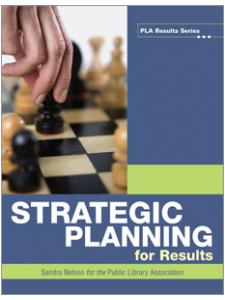 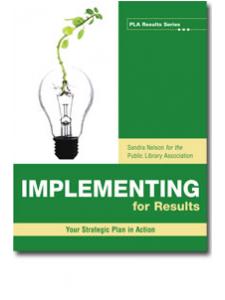 Implementing for Results: Your Strategic Plan in Action

Implementing for Results: Your Strategic Plan in Action