An annual poll by the Institute for Social Policy and Understanding (ISPU) found that 61% of Muslim Americans report having experienced religiously based discrimination in the past year more than once. And according to separate findings by Pew Research, half of Muslim Americans say it has become harder to be Muslim in the US in recent years. Islamophobia and the ignorance which lies at its core corrode the fabric of civic society; but Gauri Manglik and Sadaf Siddique, two of the creative forces behind KitaabWorld.com, a literary organization that spreads awareness about South Asian children’s literature in the United States, believe that positive stories about Muslims can truly make a difference in fighting such prejudice. They're authors of the new book Muslims in Story: Expanding Multicultural Understanding through Children’s and Young Adult Literature, and in this interview they discuss their long-standing work, the biggest barriers to diversity in libraries, and some common themes among Muslim children's literature.

This is your first book together, so congrats! What sparked the initial idea for the book and how would you describe your collaboration during the process of writing it? 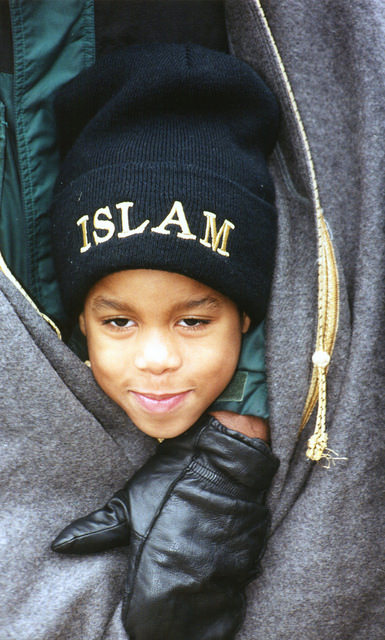 Thank you! We are still pinching ourselves that this idea that germinated in our heads has become a physical book in our hands. For us, it began with the run-up to the 2016 Presidential elections and its results. The campaign that ran on fear mongering and vilifying communities of color really hit home for us. We read in the news about the deep divide within America, and heard anecdotally about incidents of discrimination and hate crimes. Those that bothered us most were the ones that were directed towards children. As founders of KitaabWorld, we had worked hard to build bridges of understanding, tolerance and respect between communities by showcasing multicultural books. To lift this sense of despondency we saw around us, we ran an online campaign Counter Islamophobia Through Stories in January, 2017. We featured curated booklists with a number of books by and on Muslims. Our book is an extension of that idea by arming teachers, librarians and other community educators with curated booklists and resources that they can easily integrate into their curricula to change the stories about Muslims and build multicultural understanding.

As for our collaboration - we have been working together on Kitaabworld for the last two years so we have a good working relationship. There was so much to be done for the book so we just tried to divide and conquer. On the whole, we worked well together but we did have different opinions on various issues such as which books to include, the specific ideas we wanted to write about, all of which made for lively discussions! It really taught us the value of listening to each other and striving to make sure that both our perspectives and ideas were honored and represented. Our collaboration also brought forth an insider/outsider perspective on issues of how Muslims are perceived and how they are represented.

In your experience, what are the greatest barriers to diversity in today’s libraries? Do you see any encouraging signs that we’re overcoming them?

From our work with librarians trying to diversify their collections, the biggest barrier we have observed is awareness and discovery. Libraries are social spaces that influence how people interact with each other and bind communities together. As America’s demographics have changed over the last 30-40 years, libraries too are beginning to feel the need to catch up and reflect that diversity in their collections and programming. With the lagging publishing industry, there is little awareness of diverse children’s books. A lot of diverse books don’t make it through to traditional distribution networks so they get skipped over. Finding the books that best represent the communities’ libraries serve requires a lot of additional legwork for librarians.

However, we’re so glad to see that there so many encouraging signs in the recent years to overcome these barriers.  With ALA Editions publishing titles such as The Stories We Share and LGBTQAI+ Books for Children and Teens among others, it facilitates discovery and curation of diverse children’s books. There are also many online resources that work towards shining the spotlight on diverse books and authors, and we see many librarians being more proactive about ensuring that their collections are well-rounded and representative of their communities.  These forward-thinking initiatives by librarians send a message to the publishers that  reverberates in the entire industry to create a whole ecosystem which values diversity with increasing numbers of  “own voices” authors and illustrators, independent publishers and diverse book reviewers.

What advice can you offer libraries who are eager to share these titles with the community but have concerns about confronting Islamophobia?

It would really depend on the reasons for their concern. Our approach has been to find common ground and build respect, understanding and tolerance from the ground up, and that’s what we would encourage all librarians to do as well. Children are very open and curious and by offering a wide array 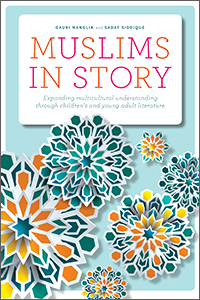 of titles to choose from librarians can play a key role in fostering their curiosity and building community in multiple ways. Through four different curated booklists and multiple programming ideas, librarians and educators have many access points to expose their communities to books on and about Muslims in various ways, whether it is talking about day to day things such as how to manage your emotions, easing the butterflies of being the new kid in school or more challenging issues such as the refugee crisis and immigration through various perspectives.

In your book you speak with a number of Muslim writers. Were there some common themes in what they had to say about their work?

Yes, we had the privilege of talking to many accomplished Muslim writers spread all over the world who have played a critical role in changing the landscape of Muslim children’s literature. Almost all writers felt a lack of enough authentic children’s books providing an insider experience to growing up Muslim. They never read anything that resembled their experiences and that’s what led them to pick up their pens. For them, it became important to showcase how Muslims are just like everyone else — trying to live a normal life and they all have sad, funny or embarrassing stories. This also reflects in the colorful spectrum of stories included in our booklists, which give readers many hued windows and mirrors to the Muslim experience.

If could recommend one book for librarians to read to help broaden their view of the Muslim experience, what would it be?

That’s a tough one! It was hard enough to reduce from 500 books to the 150 odd that we shortlisted in our book! It would be unfair to pick just one. The Muslim experience is as varied as the books we listed: there is no one Muslim voice, no one Muslim identity, and so there is no one Muslim story. We also truly believe that no two readers are the same - so we encourage librarians to pick up a copy of our book for some background and introduction, and then grab the titles that seem most interesting to them. There’s plenty of choice from folktales to fantasy, fiction and non-fiction, biographies, history to fun stories — a wide range with something for everyone.