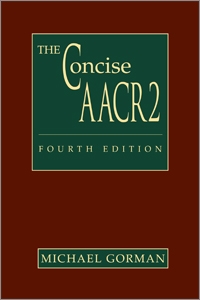 This practical guidebook, now in its fourth edition, has been fully revised and is now in concordance with AACR2, 2002 Revision 2004 Update. Michael Gorman, co-editor of the original AACR2, explains the more generally applicable AACR2 rules for cataloging library materials in simplified terms that make the rules more accessible and practical for practitioners and students who are in less complex library and bibliographic environments.

For catalogers learning the ropes, The Concise AACR2, Fourth Edition will provide a bridge as they progress to more complicated cataloging. Featuring new examples and updates throughout, a glossary of important cataloging terms used in the rules, and a concordance with AACR2, this is the must-have reference book for all librarians.

Rules 0–11 The description of library materials 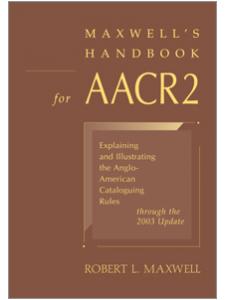 Maxwell's Handbook for AACR2: Explaining and Illustrating the Anglo-American Cataloguing Rules through the 2003 Update

Maxwell's Handbook for AACR2: Explaining and Illustrating the Anglo-American Cataloguing Rules through the 2003 Update 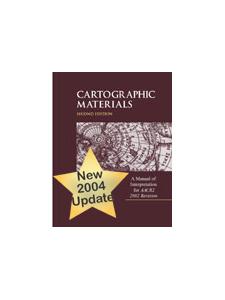 Cartographic Materials, 2002 Revision, 2004 Update (update pages only): A Manual of Interpretation for AACR2

Cartographic Materials, 2002 Revision, 2004 Update (update pages only): A Manual of Interpretation for AACR2 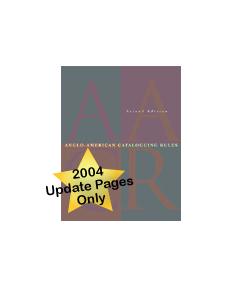 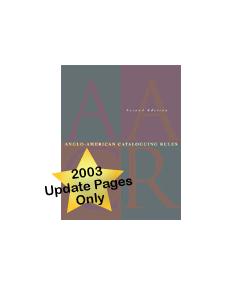 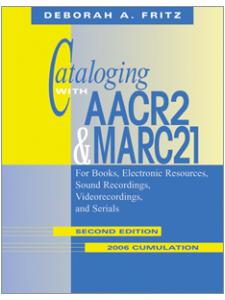 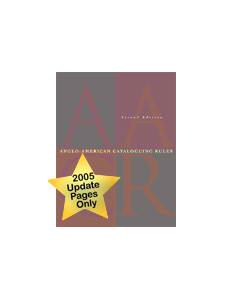 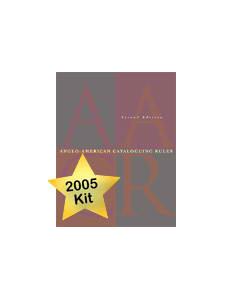 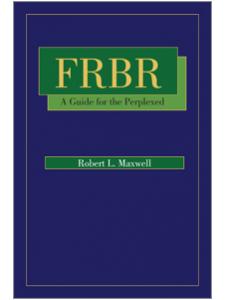 FRBR: A Guide for the Perplexed

FRBR: A Guide for the Perplexed