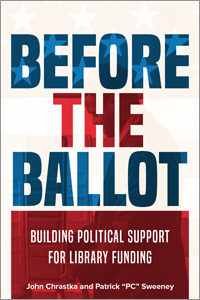 Buy as part of the Library Funding Bundle and save!

Let’s be blunt: library funding is political. And the struggle to secure funding is ongoing; the work that librarians need to do to influence local politics doesn’t just pop up in the few months before Election Day. It should span the years before or between elections. The authors’ previous book Winning Elections and Influencing Politicians for Library Funding targeted library ballot committees and advocacy organizations. But their new book speaks directly to librarians, library staff, and boards. It is designed to help library leaders understand and navigate the political nature of their work in the years leading up to a ballot measure or political initiative. Sharing the tools and tactics developed by their organization EveryLibrary, the nation’s first and only Political Action Committee for Libraries, in this book they

This essential resource is filled with concrete steps that librarians, library staff, and boards can take to ensure that political support is there when they need it the most.

Part II     Getting to Election Day

John Chrastka is EveryLibrary's founder and is a longtime library trustee, supporter, and advocate. He is a former partner in AssociaDirect, a Chicago-based consultancy focused on supporting associations in membership recruitment, conference, and governance activities. He is a former president and member of the Board of Trustees for the Berwyn (Illinois) Public Library (2006–2015) and is a former president of the Reaching Across Illinois Libraries System (RAILS) multi-type library system. Prior to his work at AssociaDirect, he was director for membership development at the American Library Association. He is a member of the ALA as well as the Illinois Library Association and the American Political Sciences Association. He was named a 2014 Mover & Shaker by Library Journal and tweets @mrchrastka.

Patrick “PC” Sweeney is a tireless and innovative advocate for libraries and the current political director for EveryLibrary. A 2007 graduate of the San Jose School of Library and Information Sciences, he is a former administrative librarian of the Sunnyvale (California) Public Library and was executive director of EveryLibrary California, a statewide ballot committee to support library ballot propositions. He is active in the California Library Association and across library social media as a cofounder of the ALA Think Tank. His library blog is well respected, and he is a sought-after speaker and presenter. A recent project, the Story Sailboat, worked to provide library services and materials—by boat—in the San Francisco Bay area. He was named a 2015 Mover & Shaker by Library Journal and tweets at @pcsweeney.

”The volume is well organized and free of jargon and concludes with a 36-month campaign plan. VERDICT: Essential for librarians, library employees, and board members who don’t want to be left in the dust when it comes to funding."
— Library Journal

”The authors are very knowledgeable and provide great insight into this daunting endeavor that many libraries must face from time to time ... Highly recommended for public libraries."
— Catholic Library World

”The authors argue that educating people about the library isn’t enough; there must also be a call to action that elicits active support and leads to a larger next action. To this end, almost two-thirds of the book is devoted to the process of identifying, cultivating, and empowering library supporters ... A must-read for public library leaders, whether they are considering a ballot measure or might do so in the distant future."
— Booklist 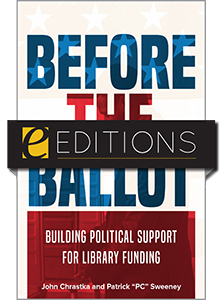 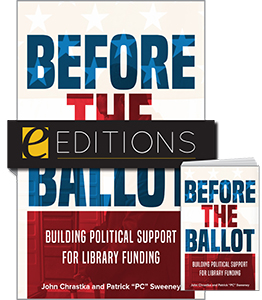 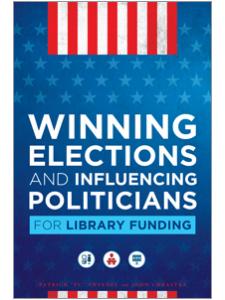 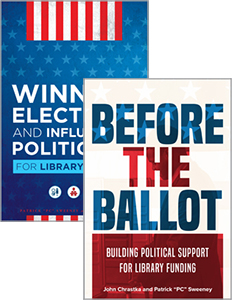 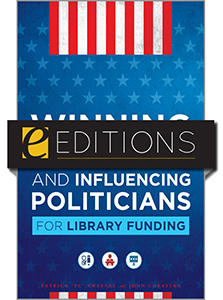 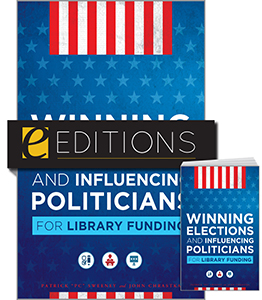 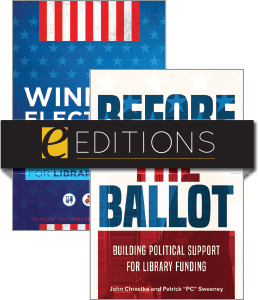 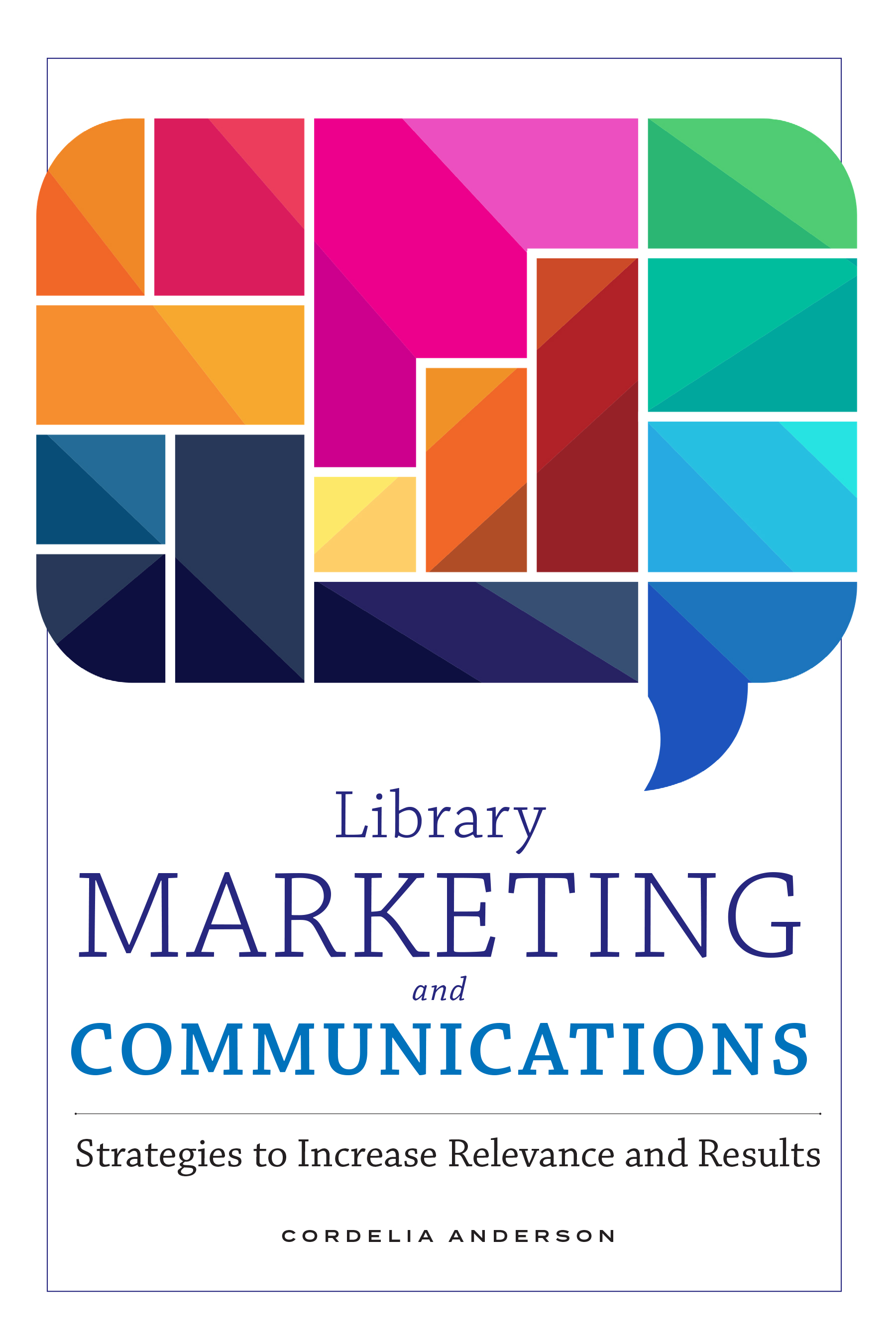