After more than 20 years, Mother Goose is still on the loose: an interview with Betsy Diamant-Cohen

After more than 20 years, Mother Goose is still on the loose: an interview with Betsy Diamant-Cohen

To her many fans, early literacy expert and presenter Betsy Diamant-Cohen needs little introduction. The unique blend of play, activity, music, and reading developed by Diamant-Cohen and known as Mother Goose on the Loose (MGOL for short) has been presented in countless locations across the US. She's just written a pair of complimentary books which incorporate new ideas and adaptations of MGOL.  We talked with her about how public libraries' approach to pre-literacy initiatives has changed in the past two decades, the effect of digital tools on pre-literacy programming, and why MGOL is so flexible.

Mother Goose on the Loose is back! But it never really went away, did it? How has your approach to pre-literacy programming evolved since 2006, when the first MGOL book was published, and why did you decide it was time for an update?

It’s true that MGOL never really went away.  But it has always been growing and changing with the times, incorporating new research findings, and being adapted to fit into other settings and to address other populations. 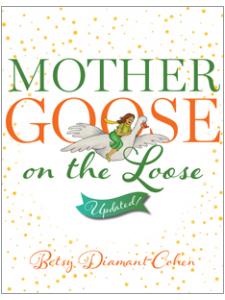 infants and babies. Modern technology had enabled scientists to get a closer view of brain development, and articles in mainstream magazines were talking about the influence of early experiences on the architecture of the brain. Parents started asking their local librarians to provide programming for the youngest children, but there was very little literature available regarding what to do and “dumbing down” programming for three years old did not work. Because of that article, I was asked to present at conferences and offer workshops for library systems. By the time Neal-Schuman Publishers asked me to write a MGOL manual, MGOL programs were already being presented throughout the country.

At each workshop, I would ask what ages the attendees worked with and it was rare to find any librarian who presented programs for children under age two. I am delighted that today it is just the opposite – it is rare to find children’s librarians who do not consider their targeted audience to begin at birth (and they sometime include the pregnant moms!)

In addition to attending conferences and reading extensively to keep up on current research, I also pay attention to what librarians are doing. Every time I present a workshop, I learn something new from the host library or workshop participants which influences my view of MGOL.

The public library world has become more attuned to the importance of helping children develop multiple skills in addition to early literacy skills, and many librarians are looking for ways to use their own creativity in conjunction with a formula that works. MGOL has always focused on the WHOLE child with the intent of building social and emotional skills along with early literacy and school readiness skills. It has always considered parents a child’s first and best teacher, using developmental tips to explain to adults why it is good to use that activity with their child, what skills it helps to build, and how to practice it at home. Talking, singing, using books, doing movement activities that target both fine and gross motor skills, and playing were built into MGOL well before Every Child Ready to Read defined and promoted the five practices of talking, singing, reading, writing, and playing. But in addition, there has always been a strong focus on building self-regulation skills and fostering self-confidence while giving children opportunities to practice listening carefully, paying attention, following directions, and taking turns.

While the “Listen, Like, Learn” approach, the 80% repetition formula and other MGOL basics have stayed the same, the advances in digital media, the sensitivity to diverse populations, the proliferation of new materials, and feedback from many MGOL practitioners and attendees prompted a newer, updated manual.

Because there was not enough room in the book to mention all the resources behind MGOL, I created a webpage which I am still updating. Feel free to have a look: https://mgol.net/research-supporting-all-aspects-of-mgol/.

Have digital tools like tablets and smartphones made this kind of programming easier? Or harder? 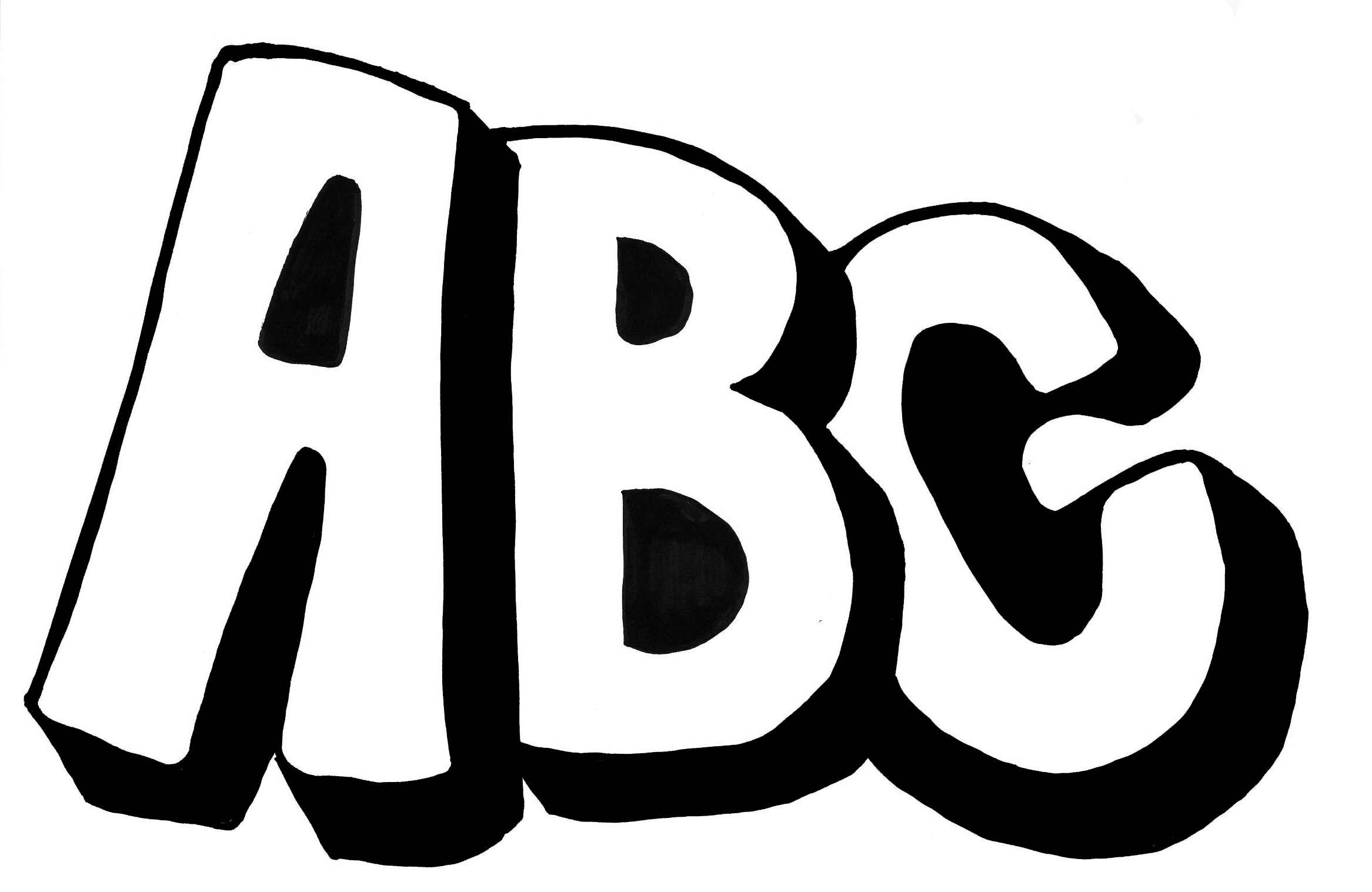 Absolutely made it easier. In the early days of MGOL, most librarians did not have the convenience of using iPods and playlists; we relied on clunky CD players in order to use recorded music. After learning about playlists from a librarian during one of my workshops, I incorporated the use of iPods and MP3 players into the trainings.

At the suggestion of Cen Campbell, I created a Mother Goose on the Loose app with Software Smoothie. I recommended that librarians use one rhyme with the app during a program. In addition to giving children (and their parents) exposure to new media, this also provided an opportunity for using a developmental tip about the importance of personal interactions and limiting young children’s exposure to digital media.

I have seen and heard about librarians who responsibly use digital media to enhance their programs. However, it is important to keep in mind that the basis of MGOL is to encourage joyful “serve-and-return” interactions between each child and their parent/caregiver. This includes eye contact and positive physical touch.

How many MGOL or MGOL-influenced programs are currently in action?

It is impossible to count because there are no licensing fees or contracts for presenting MGOL programs.  Some public libraries present straightforward Mother Goose on the Loose programs. Others have the librarian’s personal stamp on them and are still called “Mother Goose on the Loose.”  Because MGOL facilitators are encouraged to “make it your own,” many library programs for babies were influenced by MGOL but may not reflect that in the program title.

Although these programs are being presented all over the US, in some cases the librarians presenting them may not know that their program had its roots in MGOL. For instance, seven years ago a library system in the southern US told me that their entire early literacy system was based on MGOL. They made videos based on the MGOL rhymes in my first book and were enthusiastic about using MGOL methods. They tweaked MGOL to fit their audiences and called it something different, which was fine. However, when I called that system last year to ask for a quote about the way MGOL influenced their early literacy programming, they had no idea what I was talking about. 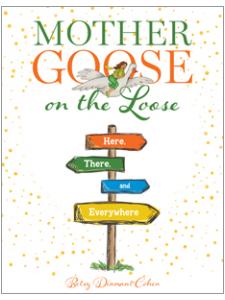 On the other hand, I recently sent out a request asking for librarians who were using MGOL or MGOL adapted programs to volunteer to take a survey.  Within one week, more than 60 people had volunteered!

Your other new book explores the many ways that MGOL has been adapted for environments outside the library, from museums and preschools to prisons and even a laundromat! How did you first hear that your programs were being used in these ways? Has that adaptability surprised you?

When workshop attendees expressed curiosity about adapting it for a specific target community, I encouraged these adaptations while asking the librarians to stay in touch and thus learned about many cool new audiences and venues. Once of my favorites is the Goosemobile in Terre Haute, Indiana, which was re-adapted and is now being used in Champaign, Illinois.

I appreciate the large number of people who have shared their MGOL adaptations with me and with others through my newest book, Mother Goose on the Loose: Here, There, and Everywhere. At a time when libraries are focusing on outreach to the unserved and underserved, the wide variety of time-tested adapted programs provide a wealth of options with key features and tips for success regarding each program.

What’s next for MGOL? What are some new ideas you’d like to try out?

Next week, I am presenting a training for a group of volunteers who are going to Honduras this summer and want to bring MGOL there.

As part of my doctoral studies, I developed an online planning center for MGOL programs. I would love to see someone further develop that and put it into action, in order to make presenting early literacy programming easier for everyone. I’ve also learned some new rhymes which I look forward to sharing at the ALA Editions sponsored session at the upcoming ALA conference.

My new daughter-in-law is a postdoctoral scholar whose research focuses on preschooler’s math exploration and play with parents and peers. We are almost done developing a workshop on building math skills through playful programming.

And as more studies highlight the damage that high levels of stress can cause on developing children (and on the adults in their lives), I am interested in exploring new ways to adapt MGOL to promote mindfulness and to introduce techniques for relaxation. I have already been in touch with two librarians, Katie Scherrer and Kari Ann St. Jean, who are doing amazing work with this!